Studebaker
Larks and Avantis
on The Mr. Ed
Television Show

The TV series Mister Ed was broadcast from 1961 to 1966. The star was a cantankerous talking horse who would speak only to his owner, played by actor Alan Young, creating humorous situations. Mister Ed was played by trained show horse Bamboo Harvester; his voice was provided by actor Allan "Rocky" Lane. Studebaker was Mr. Ed's sponsor during its first syndicated season in early 1961, and co-sponsor during its first two CBS seasons (1961-'63). Both Ed and/or Wilbur "pitched" the new Studebaker Lark models in spots like this at the end of the show. The Addisons, who were neighbors, drove an Avanti. 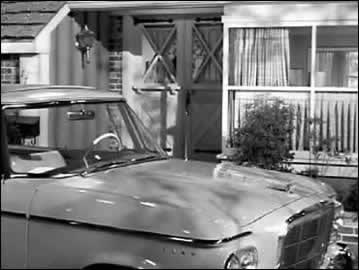 A Studebaker Lark on the Mr Ed set. 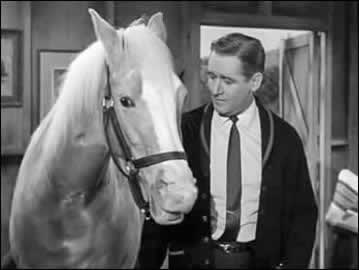