From the Exhibit: Raymond Loewy, the colbratura genius of US consultancy design, had long admired Coca-Cola. In a famous magazine interview he recognized the erotic symbolism of the bottle comparing it to Aphrodites' bottom. When Loewy designed the artistically influencial (but commercially diastircal) Avanti for his long term client, Studebaker, he made the famous contour into a styling motif that influenced the motor industry for more than a decade. The kicked-up rear haunches of this astonishing car became known as the "Coke bottle curve" and were most famously seen on the 1964 Ford Mustang and the 1967 Chevrolet Camaro, arriving in England with the 1971 Ford Cortina. 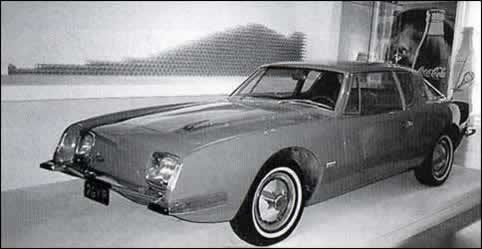 The Julian Poupard Avanti shown in the British Design Museum in 1997. 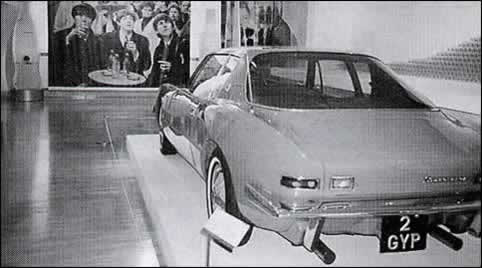 The 1964 Studebaker Avanti facing a wall-size poster of the Beatles.