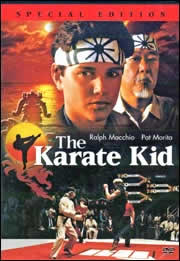 1982 Avanti convertible, serial number RQB3370, appears in the Karate Kid. The car used in the film was the red convertible that Richard Straman and Company made for Stephen Blake in 1984.

There were actually three Avanti prototype convertibles, the 1982 conversion used in the movie, and a 1970 Avanti, RQB1582 used for conversion by Mark Doyne, a friend of Blake's, and a 1983 Avanti prototype built by Straman with molded fiberglass bumpers. All three were eventually titled as 1985 models and carried serial numbers RQC4250, RQC4251 and RQC4252.

The Karate Kid brings together bullied teenager, Daniel, and a Japanese gardener in a coming-of-age story of a native of New Jersey. Daniel strikes up a friendship with Mr. Miyagi, the Japanese gardener at his apartment complex. When Daniel sets his eye on the pretty debutante Ali Mills, she takes a liking to the young outsider, which really ticks off ex-boyfriend Johnny, leader of a gang of bullies. Johnny and his clique decide to beat Daniel to a pulp. When Daniel recovers and learns what Miyagi did, he asks Miyagi to train him in the martial arts. Karate Kid Trailer 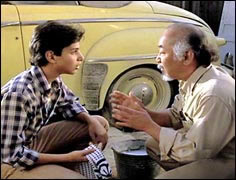 Ralph Macchio and Pat Morita star in a scene from the Karate KId. 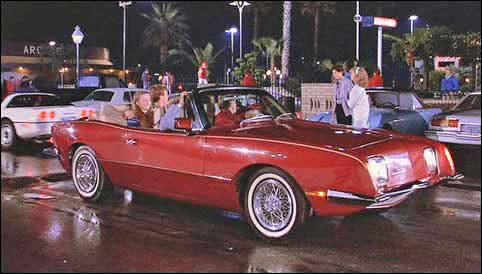 Red 1984 Avanti convertible built for Stephen Blake by Richard Straman in a night scene from The Karate Kid. 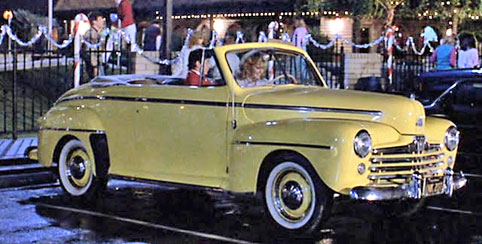 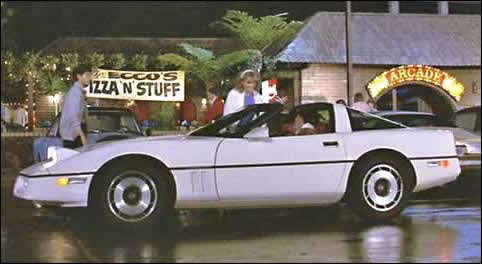 1984 Chevrolet Corvette from the same scene.